Hernias in women
Shedding a light on a risk group

In women, the vulnerable (reproductive) organs located in the abdominal area must be taken into account during a hernia operation. Operations in this part of the body therefore require special attention and knowledge. At BioHernia we find it important to pay extra attention and time to the inguinal hernia operations in women. If you choose an operation with us, we will give you three guarantees:

√   No plastic meshes that can damage organs

√   Help with every step before and after the operation 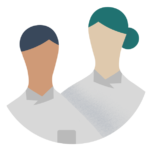 In general, inguinal hernias are much less common in women than in men. To illustrate: of the 30,000 inguinal hernia operations per year in the Netherlands, no less than 88% of all operations are performed on men and only 12% on women. (1)

Researches are often conducted with individuals who are part of a majority (in this case men), so that all factors that can influence the research are kept the same. The conclusions drawn from these studies are then applied to both the majority (men) and the minority (women). Important factors such as the anatomical difference between men and women and the presence of other organs in the abdominal area are overlooked. We prefer to separate both groups and use our individual approach to offer women tailored solutions for their hernias.

Worrying number of complications in women
Caused by plastic meshes

Although inguinal hernias are not common in women, women are treated with the same standard operation methods as men. In recent years, however, there is a lot of doubt whether the standard method with mesh is the right solution for women.

For example: when removing inguinal hernia meshes, we see an alarmingly high number of women among our patients. No less than 44% of all patients treated in 2017 for chronic ‘mesh pain’ are women. This while only 12% of all inguinal hernia operations are undergone by women.

Our conclusion: Plastic meshes often cause pain in women

Choose an operation without mesh by a specialist

Find out how we can help you

Women and plastic meshes
Bad luck or an unfortunate combination?

In addition, women may wonder whether the guidelines were written with them in mind, as they are a small minority in the total number of inguinal hernia operations. The new guidelines show that the writers of the guidelines are sponsored by the largest manufacturers of plastic hernia meshes.(4)  The question begs whether this has ultimately influenced the writing of the guideline, since it recommends the use of plastic meshes for every patient over 18 years old (regardless of gender).

We always choose an operation method for women without the use of plastic meshes. We do this after you have first been examined by one of our surgeons. You can read more about our inguinal hernia surgery techniques here:

Women recover faster
After a hernia repair without mesh

Did you know that women generally recover quicker after a hernia repair without mesh? At BioHernia, women can almost always return home faster than men. In the case of a bilateral inguinal hernia repair, it sometimes saves even half of the time! This is because the anatomy of women is better in line with the operation techniques without mesh. 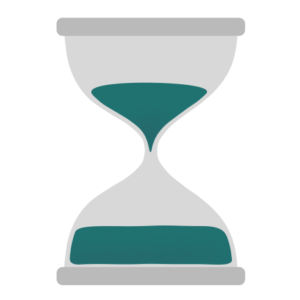 An umbilical hernia is a type of hernia that is more common in women than it is in men. A weakening of tissue behind the navel, allows fat and intestines to press outwards. These types of hernias can also be repaired by our surgeons without the use of plastic meshes, but these kinds of operations are more difficult. Before we can guarantee an operation without mesh, our surgeon has to examine you.

Do you have more questions?
Contact us to find out more

We are here for you

With or without mesh?

Please choose an option to continue:

This website uses cookies to improve your experience while you navigate through the website. Out of these cookies, the cookies that are categorized as necessary are stored on your browser as they are essential for the working of basic functionalities of the website. We also use third-party cookies that help us analyze and understand how you use this website. These cookies will be stored in your browser only with your consent. You also have the option to opt-out of these cookies. But opting out of some of these cookies may have an effect on your browsing experience.
Necessary Always Enabled
Necessary cookies are absolutely essential for the website to function properly. This category only includes cookies that ensures basic functionalities and security features of the website. These cookies do not store any personal information.
Non-necessary
Any cookies that may not be particularly necessary for the website to function and is used specifically to collect user personal data via analytics, ads, other embedded contents are termed as non-necessary cookies. It is mandatory to procure user consent prior to running these cookies on your website.
SAVE & ACCEPT